Security in the Hyper-Connected World

Every day new devices are being added to your corporate environment. Every day there are new threats and vulnerabilities in the wild. The rapid growth of devices and associated attacks aimed at mismanaged or unpatched devices in conjunction with unsuspecting users is proving difficult to keep up with. This is why we push for visibility of your entire environment and this must go beyond the corporate network in our modern, hyper-connected society.

Your systems live in-house and in the cloud. Data is accessed and managed on several devices in numerous locations. Without visibility, you will not even know if something has been lost.

What you don’t know will hurt you!

It is clear to me that cyber security & compliance continues to be a massive challenge for many organisations. Attackers are getting more sophisticated in their attacks and most people are defending in the same way they always have. Why are you surprised then that you are losing the fight?

There are new threats which are thrown into the mix every day and simply put, without visibility there is no proven way to respond and remediate these threats in any meaningful amount of time. Depending which research paper you read the average organisation takes anywhere from 160 to 229 days to realise there has been a breach. That is almost longer than it takes the latest mobile device to become obsolete.

So how is this possible in the modern day when there are so many security solutions available? The answer is quite simple, I believe it is because people are using 10 year old thinking to defend against current threats. There is no data correlation and even less automation.

In most situations they deploy leading firewall technology and internet protection; which is then rendered useless through poor configuration and/or unmonitored access outside of the traditional corporate network. There is very little verification done on existing defence systems and often once any tool is deployed, the tick box is checked and it is forgotten. Well, at least until they are notified of the breach and their data is being thrown around the web with abandon.

Whether it is poor configuration, malware, insider threats, data loss or disgruntled users. Visibility is the key to identify system misuse, unpatched machines and solution misconfiguration. It is just impossible to believe you are secure and compliant if you do not know where people access systems or the actual assets connected to your environment. Without total visibility you are always going to be fireman constantly battling and putting out fires, rather than continually improving your security landscape.

It is time to take a step back and see just how much you do not know because what you don’t know will hurt you.

Once we give you real visibility it is easy to identify anomalous behaviour, highlight changes and instantly respond to attacks. While you cannot prevent threats; visibility will give you the ability to respond.

Get in touch with me, I would love to keep the conversation going. Don’t let your lack of security resources prevent you from adequately securing your entire environment. 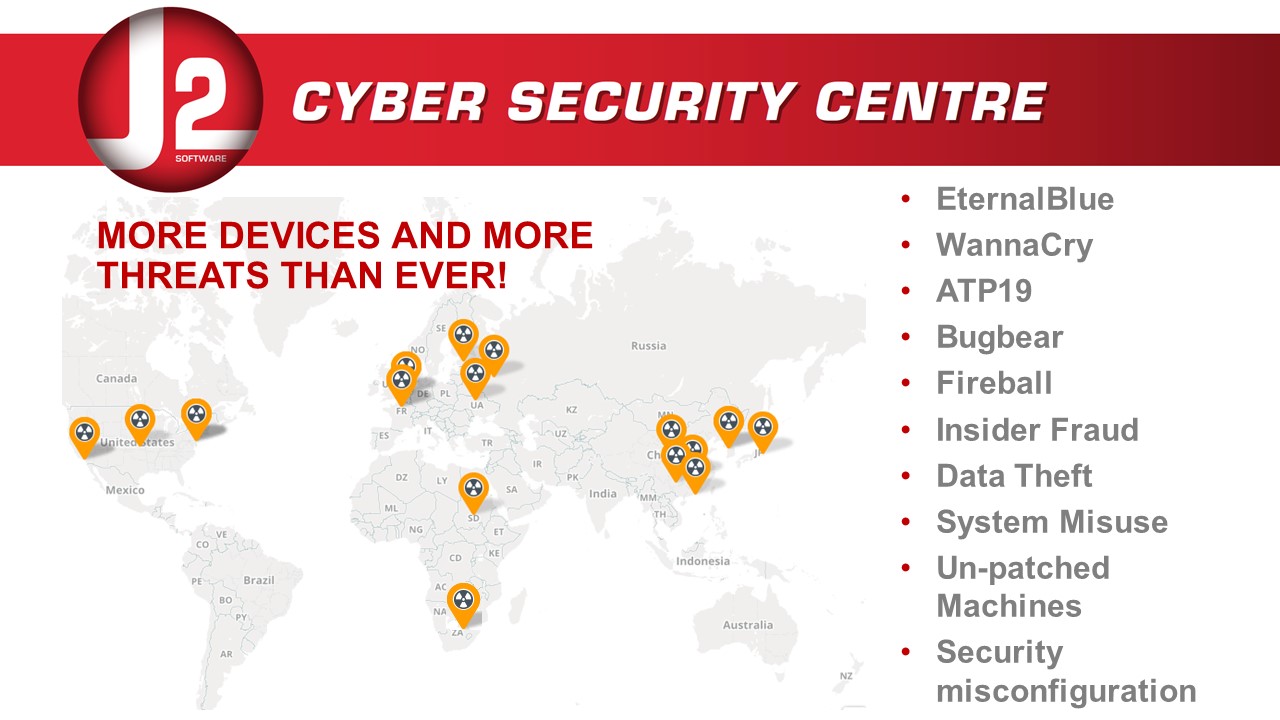